A Song of Ice and Losses 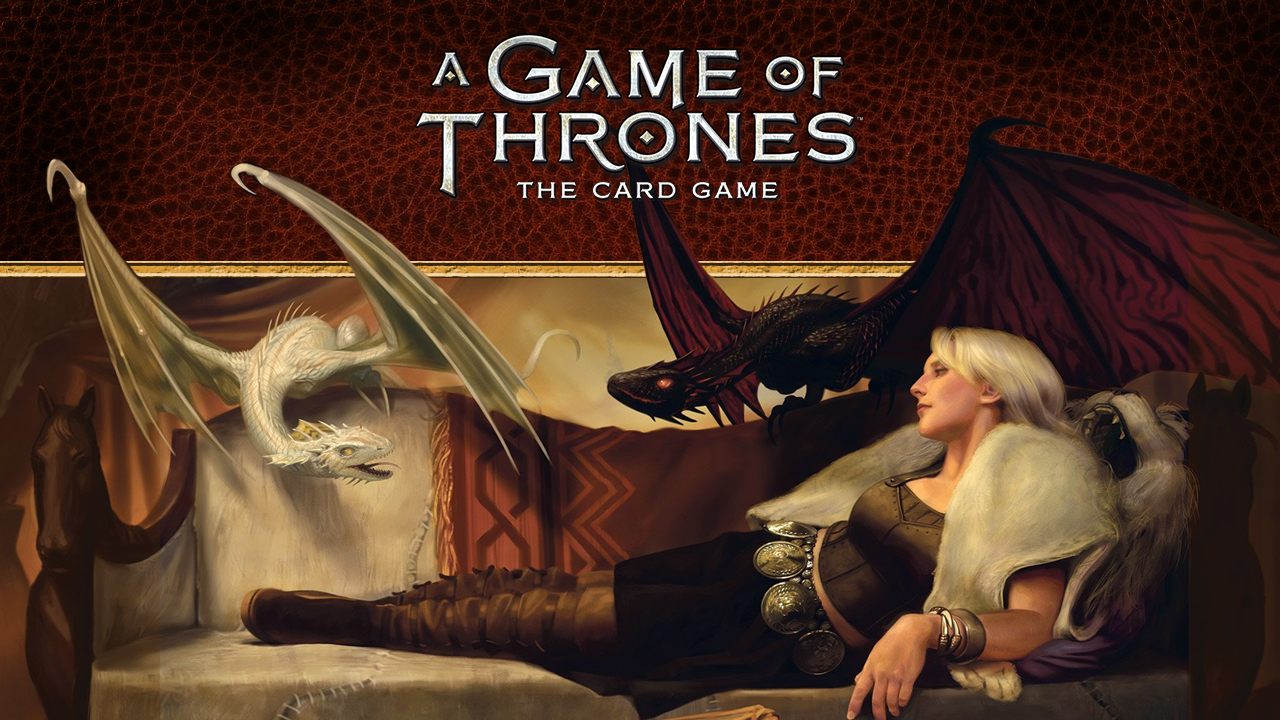 And here we are, once more, with me introducing you to yet another game I’ve picked up recently – A Game of Thrones: The Card Game Second Edition. It seems Fantasy Flight has a penchant for making games that seem to be drawing most of my entertainment dollar these days.

You see, in my younger days of yore, I was into customizable/collectible card games – heavily. I picked up Magic shortly after Unlimited came out (fun fact, I was only seven at the time if you can imagine). I played Decipher’s Star Trek and Star Wars games. I played Jyhad (back in the days before it became Eternal Struggle). I played Rage. I played Middle-earth. I played Babylon 5, Pokemon, BattleTech, you name it. Hell, I even played Spellfire and, yes, I preemptively felt you shudder from all the way over here.

Oh, I forgot to mention one other game I played. One that clung to be for a long, long time: Legend of the Five Rings. I got into L5R during Emerald Edition – I was ten by this point – and played it as much as I could manage. Of all the games (Magic aside), L5R is the one I’ve played the most over the years; while I stepped out before Lotus released because I was going to university, I popped my head back in over the years to occasionally pick up and play in a few metas. Then, suddenly, in 2015, I hear it announced that Onyx Edition will be a thing and that Ivory had done some rules simplification. Wonderful, I thought to myself, this was a good time to get back in and stay in. All this from a once and future Crane player…

For those of you familiar with the history of Legend of the Five Rings, you’ll understand why my dream of returning to the game was swiftly crushed. The rest of you might be wondering what this has to do with Game of Thrones – so just hear me out. I’m getting there.

See, Legend of the Five Rings – the entire IP – had been sold by AEG to Fantasy Flight. At this point I only vaguely knew about Fantasy Flight from my ownership of some of their Android material. I had heard of their Living Card Game systems and how they were purported by some to be better – and cheaper – than your standard collectible card game (my wallet of days gone by can attest to how much I spent on boosters and singles, chasing the perfect deck), so I was pleased to hear they would be launching Legend of the Five Rings once more as a Living Card Game. Thus began two long years of waiting for information.

Fast forward to April 2017 and the first batch of information on Legend of the Five Rings. One of the first things I hear out of many of the communities that it looked like A Game of Thrones Second Edition with a healthy addition of samurai added.

Ah, now you’re seeing where I was going.

This, of course, piqued my interest. So in wanting to see what the fuss was about, I watched the rather helpful tutorial available on the FFG YouTube and a few reviews (including a rather humourous review from Inside the Box that I must recommend) and then rushed out and purchased a single core set. I taught myself and my girlfriend how to play the game and even went online to find a place to play (the still beta testing but awesome tool known as The Iron Throne) then found a local playgroup by way of Facebook. Everything was all set!

And now, after two miniature game nights, I’ve realized the folly of my introduction. See, I have a single core set, the Lannister expansion, and a single Chapter Pack. Veterans of the game might be shaking their head; I fell victim to one of the classic blunders of not picking up a second and third core set. Because of this, the core of my deck is lacking. My Lannisters don’t quite roar the way they’re supposed to. Pictured: My deck in every single game I’ve played.

For all I’ve lost, I really haven’t given up on the game. After all, I’m still learning how to play – my skill level can only go up from here – and I’ve learned that I need to, at least, invest in one more core set (I’m still torn as to whether or not I need to bother with a third yet; the jury’s still out on that one). The local community has been wonderful; my first night out, I came home with a deck box and full set of promo Tyrions that I didn’t have that were “welcome to the community” gifts and I’ve received lots of wonderful advice on where to go from here – all on the way to trying to get a feel for how Legend of the Five Rings might turn out. I’ve enjoyed myself enough I can see myself continuing to play with this community as I expand my collection (on top of the Netrunner mentioned in my previous article – as I said, I may now be Fantasy Flight’s bitch).

See, A Game of Thrones sums up – to me, anyways – in the same way Netrunner does: it is a game where the mechanics match the themes. Everything could be going perfectly fine for you, you could be on the verge of winning with the finish line in sight… and then suddenly you find yourself scrambling to recover from the board being leveled by a well-timed usage of Valar Morghulis with very little to be able to replace the literal army you just lost.

Yes, it’s a sudden shift in the power flow of the game – and that’s all right. The mechanics behind it feel natural to the setting. I could prattle on about it for a long time – and likely will in the near future – but for now I’m already stretching the length of this introductory article a little past where I’m comfortable with at the moment.

For now, I can only say that this wonderful card game will be joining my ever expanding repertoire of games that I write about on a regular basis. This is something of a journey for me in figuring out an entirely new game – and it’s going to take some practice and consideration of the various cards at my disposal to put together a winning deck. After all, you know what they say: “When you play the game of thrones, you win or you die.”

Tags: A Game of Thrones 2E