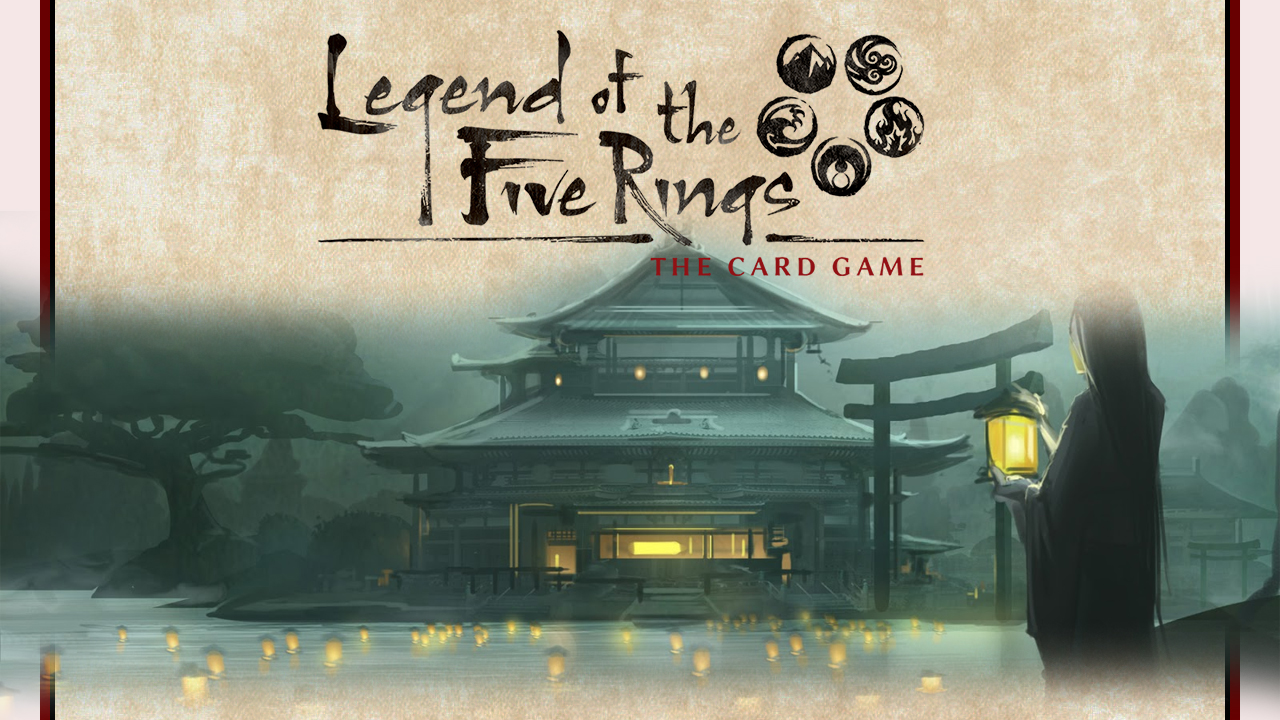 As you may have previously read, I have a long history with Legend of the Five Rings as it ran under the Alderac Entertainment Group (and, of course, that brief four year window that saw it owned by Wizards of the Coast) – both in the form of the card game and the tabletop roleplaying game. Unlike with Game of Thrones and Netrunner, it wasn’t the setting or the way it intertwines with mechanics that drew me to Legend of the Five Rings back in the day. No, it was the community and the living world aspects of the game.

For those of you who missed out on the AEG lead Legend of the Five Rings, the living world worked roughly like so: as a prize for a sanctioned and supported tournament, the winner (and sometime other players who placed high in the tournament) would make a decision which directly impacted the story. Major characters were killed, new ones raised in their place, cities burned, new great clans formed, and new gods rose entirely based on the results of tournaments and the decisions made by those winners. This, in turn, fostered a tight knit community – by deciding which clan to play, you weren’t only defining your play styles but also joining a group of players who were invested in seeing certain outcomes. Bounties for prizes became common to see as large portions of clan player bases chipped in a little bit to try to influence the story in their favour. There was almost as much politicking out of game as within the Imperial Courts.

So, I admit it – we’re not likely to get back to that under Fantasy Flight Games. Story prizes will be more limited – the last I had heard, representatives of Fantasy Flight had stated there’d be eight such prizes a year – and the style of Fantasy Flight’s games tend to lead players more towards playing multiple factions. But it seems the community is just as ready to embrace the new game as the old after two years of waiting and wondering. And yes, finally, that two years of waiting has come to an end. Yes, I’m a little late for the initial bout of previews – though I’ve been following along with the previews and eagerly gobbled down the fiction presented to us in the last few weeks – but now I’m finally here talking about my old friend’s new form.

This, much like my last two posts, is my general “hh hey, this is a game I find really neat and I’m going to talk about it from now on, all right?” post for Legend of the Five Rings. I can’t lie, this one has been a little harder to write – without the game in my hands specifically, all I can go off is my general feelings so far for what to talk about. I can’t speak much to the mechanics – as I said in my Game of Thrones post, I picked up that game after hearing claims the general game flow was pretty similar; from what I’ve played of Game of Thrones, I was able to look at the previews for Rings mechanics and tend to agree they seem similar.

I don’t immediately call that a bad thing; while the game’s setup physically calls back to AEG’s Rings – what with having two decks and your provinces arrayed between them – the old game could be an obtuse veil that was troubling for newer players to pierce and the new mechanics under Fantasy Flight, from what I can tell, make the game much easier for most players to pick up. With the number of players in my area giving up either Netrunner or A Game of Thrones in preparation for playing Legend of the Five Rings, it seems to be doing its job in attracting players. I look forward to getting my hands on it later this year; I won’t be going to GenCon (boo not having enough money and, oh you know, responsibilities I can’t get out of) so I’ll have to wait for the more general release later this year.

In the meantime, I’ve been trying to continue interaction with the Rings communities; in AEG Rings, I was a Crane player and it looks like I likely will be going forward (though I won’t lie, I’m eyeing the Scorpion this time around as well; I’m looking forward to seeing how they handle honour manipulation) and so have been slowly re-immersing myself in the various Crane communities. For the most part, the community seems to be reacting positively to what’s coming out of Fantasy Flight.

Here’s hoping that continues – I hope the new Rings continues for a long time to come. But, of course, I’ll just have to wait and see.

Tags: Legend of the Five Rings