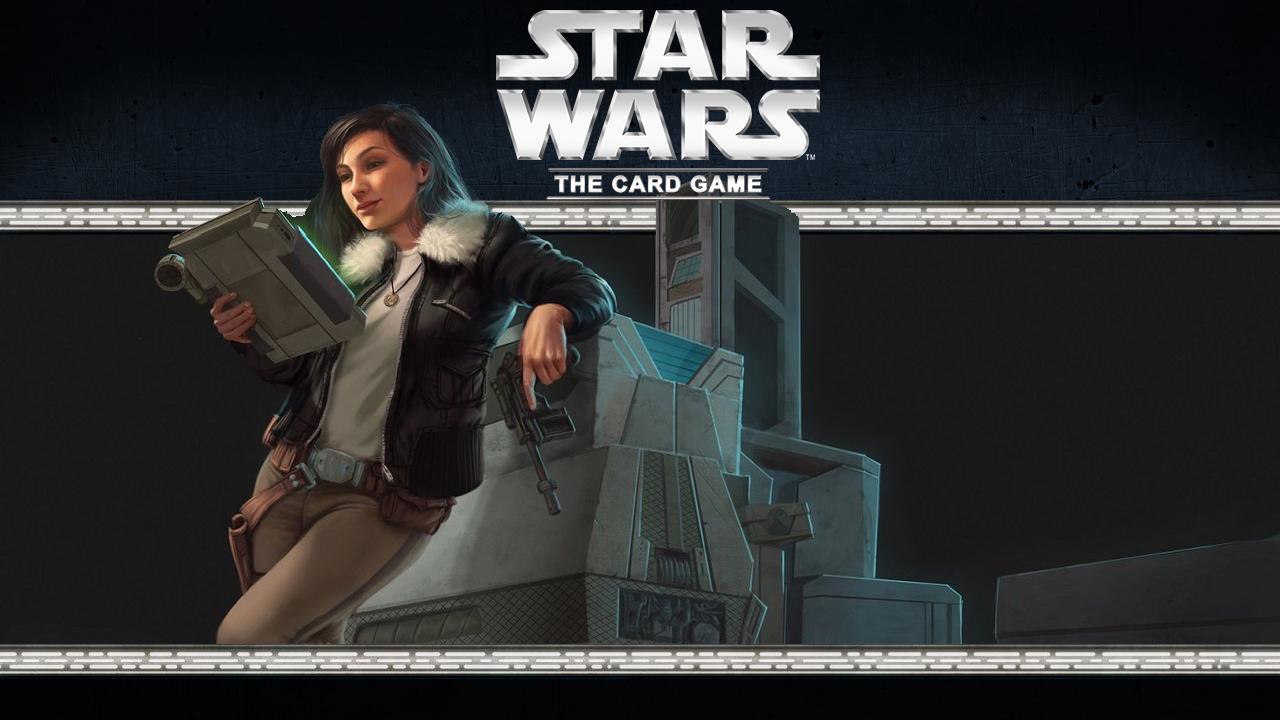 Oh, Star Wars: The Card Game – the Fantasy Flight game, of course, not the old school Wizards of the Coast one. You’re such a lovely game with an interesting deck design concept. I love the idea of adding/removing cards in a single chunk; it simplifies your deck design process but leaves room for so many interesting interactions and choices.

But it’s sad how so many people look at you with disdain since your younger sibling came to the table.

Look at Destiny over there with it’s fancy dice, thinks it’s so good…

While I can’t hate on Destiny too much, it does contain two things which, at this point in my life, I no longer find appealing: randomized packs and randomized outcomes. Now, that’s not to say that there shouldn’t be some randomization to outcomes – after all, I play card games and ideally the cards being drawn are fairly close to random outside of tricks – but the addition of the dice outcome on top of that adds some problems for me. Because of said dice, it doesn’t matter exactly how well you play with the hand you’re dealt – bad dice rolls can still screw you over through no fault of your own and through no input from your opponent.

So it’s safe to say I never actually picked up Destiny beyond the starter decks – the mechanics of the game don’t appeal to me and, as you may have realized by now, I’m a stickler for mechanics.

So, that brings us back to Star Wars: The Card Game (which, because I feel odd typing out “The Card Game” every time, is simply going to be SWLCG going forward). This was the first of Fantasy Flight’s Living Card Games that I picked up and, despite the slow death it feels like it’s dying (even Fantasy Flight seems to be absolutely dragging it’s feet about the new cycle), I still enjoy the hell out of it. And it kind of hurts me to see how it’s being treated.

That is, of course, not to say that the game doesn’t have it’s problems. I mean, ask any long time player and it quickly becomes clear that the currently released deluxe boxes cause a balance issue that will be a pain to remedy without rotating those same boxes. The way the game works and the way decks are built compels – nay, almost forces – certain builds upon those who want to play a particular faction. Pod design has, unfortunately, lead to situations where the majority of the cards in the pod must be outstanding in order to even be remotely considered for inclusion – there’s too many near-mandatory choices competing for a very limited numbers of pod spaces in the deck. This is the closest I could find to Yoda versus Executor…

But the game is still amazing fun. There’s a bit of abstraction going on that begs you to suspend your disbelief a bit (“Oh yeah, I’m totally blocking your giant ten kilometer spaceship with my little green muppet.”) but it happens in a way that feels interesting and fun. That headlong race against the clock as a Light Side player while the Dark Side player tries to stop what seems inevitable is an amazing bit of multiple win conditions tomfoolery that I love.

Star Wars is experiencing an incredible resurgence! And yet, somehow, here is SWLCG limping along looking like it’s headed for it’s death bed. There’s a problem in here, somewhere, that needs solving to save the game. It’s not that the game is too complicated; if you want complicated for complication’s sake, I invite you to look up Decipher’s Star Wars: Customizable Card Game from the ’90s (and possibly play it – there’s still a decent sized community of us old school players still playing over on Gemp-SWCCG).

Perhaps it’s just that there’s too many Living Card Games – not to mention all the other card games out there – to be able to sustain a long term player base for SWLCG. After all, and I won’t lie here, I find Star Wars to possibly be the weakest of the Fantasy Flight card games I currently play. While I love playing it from time to time, I never truly find myself getting the same itch I do with Netrunner where I absolutely positively have to play right this very second (of course, that might have something to do with our weekly Netrunner meetups being at a bar where I can enjoy a fine draft with my runs and I’ve come to strongly associate the game with those meetups).

Perhaps it’s simply hard to recruit in new players to an ever shrinking community – after all, if the old timers are abandoning it in favor of stupid sexy Destiny (again, I don’t hate Destiny; I just needed my Simpsons reference of the day), why should new people come in to play? I’ve seen several new people come to /r/StarWarsLCG only to be told there’s almost no activity and be directed elsewhere – I almost simply wouldn’t even look at much there, given it can be weeks between posts.

So, what’s the solution? I really don’t know. I just like to rant and ramble and then continue to give Fantasy Flight money for a game I can’t really even play because my local meta fell apart faster than Starkiller Base.  Zeroth Edition, in it’s current form, is rather new; I’d hate the have to give up on writing about one of my favourite games before I’ve really even had a chance to start.