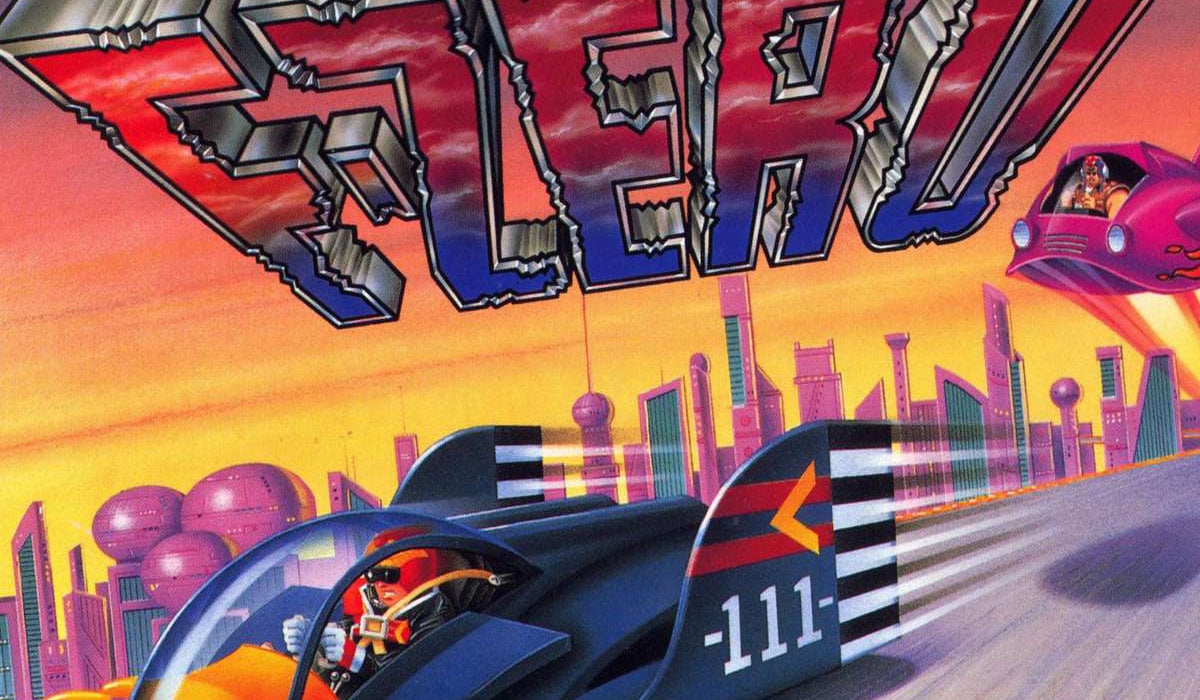 All right, I’ll be the first to admit I only chose this particular game because it was getting late and I hadn’t played a game or gotten any screenshots for today’s Press Start to Play… and as I quickly scanned through my collection for something, I settled on an old favourite.

Queue F-Zero for the Super Nintendo Entertainment System! As a young child, I had exactly two racing games for the SNES – and while I loved Top Gear (and I’m sure I’ll get around to reviewing it for PSTP as some point), F-Zero’s seemingly insane speeds and futuristic setting with a soundtrack that underscored both of those points made it the one I went to more often. Where Top Gear was (a little) more grounded in reality, F-Zero always felt more easy to quickly load up and play a race or two when I was feeling it.

Of course, after time passed a little bit and I got a Nintendo 64, my eyes moved on to newer racing games – and, among them, the one that I still play to this day, F-Zero X. So, you might ask, why would I play F-Zero when I have F-Zero X, a game which has everything that made the original so good plus so, so much more.

Well, frankly I wouldn’t and I wouldn’t recommend playing the original over the later F-Zero X unless you’re specifically wanting to experience the original game in the series.

So I guess that’s my review for today; I’ll see you back on Saturday for the next entry!

You choose from one four vehicles, each tuned slightly differently and piloted by a character named in the comic that accompanied the game in the instruction manual (and the reason, I’m concerned, to own this game complete-in-box): the Blue Falcon driven by Captain Falcon (yes, that guy who really likes to be cheap and punch a lot in Smash), Golden Fox driven by Dr. Stuwart, Wild Goose piloted by the alien Pico, and the Fire Stingray piloted by Samurai Goroh (who is also Falcon’s bounty hunter rival, apparently). Outside of these four characters, every one else in the race is just a generic racer in a generic looking car.

With your racer chosen, you’ll pick one of three leagues and race through five tracks in the league. Aside from straight out racing, you’ll encounter a number of hazards along the way. Littered around the track are rough patches of ground which will slow you down and, on select tracks, you’ll even find water or ice which can cause you to spin out control if you’re going too fast. While you might expect to find such tricks in any racing game, F-Zero throws a set of unique hazards at you: barriers at the edge of the track, massive pits you need to launch your hefty vehicle over, land mines which will explode under your car, magnetic rails that will drag you around the track, and massive pads across the track. Those hazards all drain power from your vehicle.

And, should you power reach zero… well…

I really wouldn’t know what happens. No, not at all…

All right, let’s say I wasn’t very good at this game after so long away from it.

Along the way, you’ll find recharge strips (you can see one in the middle picture of my deaths above – yes, I died pulling into one) which will refill your power and give you a slight reprieve from the damage you’ll inevitably take. Because, you see, the slightest tap of anything solid will likely send you careening around the track, often out of control. This makes passing, especially in narrow sections of the track, dangerous in ways it rarely is in other racing games (if you find this bothersome, you might want to race as the Fire Stingray which, being the heaviest of the racers, gets pushed around the least).

Overall, the game is fairly good – although fairly simplistic. There’s no customization at all aside from choosing which car you want and the tracks aren’t anything fancy and all extremely straight forward. The game might also be a bit arcadey for some tastes – but that’s always a personal preference.

Look, as I said earlier, if you have F-Zero X on the N64, there’s almost no reason to pick up this game. Everything F-Zero does well, F-Zero X does better. While I’m not sure I’d be convinced by the argument that the even later GX (or any of the later F-Zero games) is better than X, F-Zero is outdone in every way by its sequel. Now that we’re back in our universe, if you have the choice I would always say play F-Zero X over the original any day – there’s very little reason not to unless you explicitly wanting to experience this version. And, while the game was eclipsed by almost any later entry in the series, the original F-Zero was a perfectly fine game for its time and, in my opinion, among the best racers on the Super Nintendo and, through its sequels, has left a legacy of excellent sequels across many Nintendo systems.

And with that, I truly finish today’s Press Start to Play. If everything goes to plan, I will be getting another entry up at some point on Saturday.

Until then, race well!