There’s a troll in the dungeon! 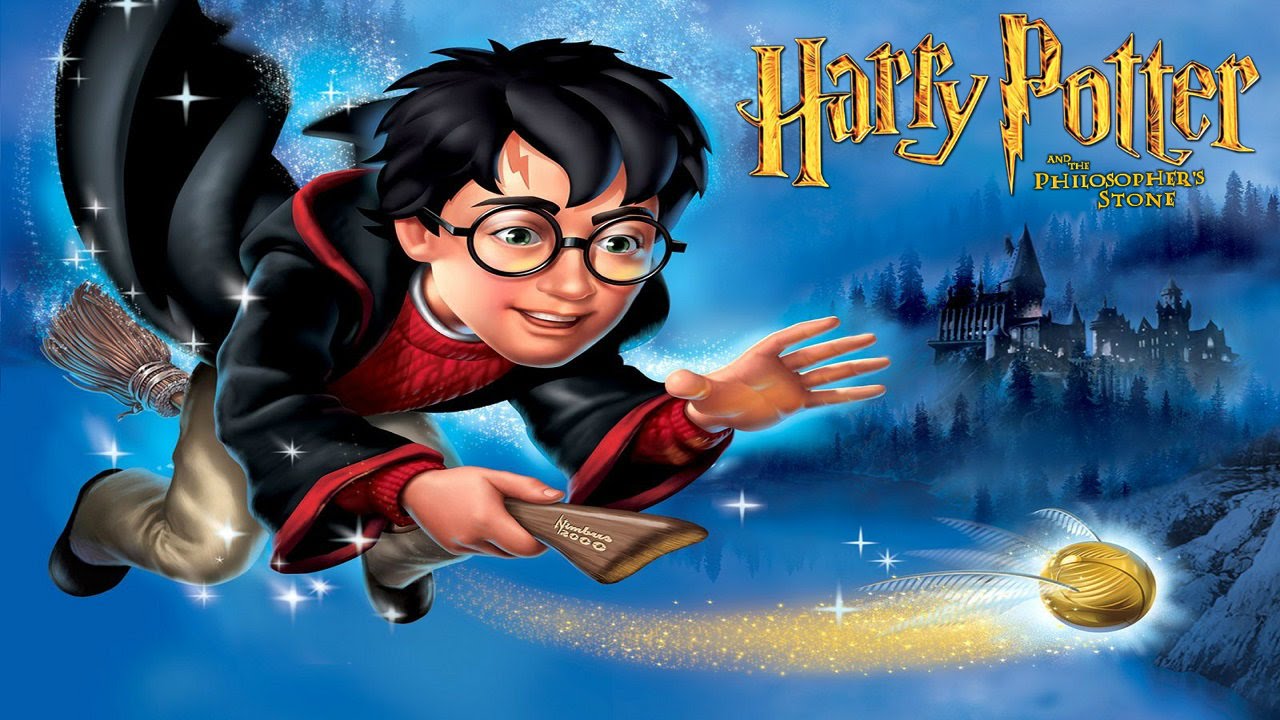 Welcome back to Press Start to Play… – and yes, I did settle on that as a formal name for this little series. I’m still working on establishing a schedule for these posts – much like I’m working on still establishing a streaming schedule (settling one would likely help lead to settling the other) – but I had the itch and decided I needed to play a new game.

… ok, new in the sense that I hadn’t started playing it yet. This game is, after all, seventeen years old and should be graduating Hogwarts itself in a few month.

Yes – this time I played through Harry Potter and the Sorceror’s Stone. And yes, I double checked to make sure that was what my copy of the game was actually called, thus determining that it was of US origin.

As per usual disclaimers explaining how I played it, etc. etc.: I played this through on the Visual Boy Advance using the x4 graphical setting to make it easier to see what exactly I was doing (and allow me to easily capture screenshots). That means, once again, that all screenshots will be in the Game Boy Advance’s natural resolution of 240 pixels by 160 pixels.

Published by EA, the game itself came out as the Harry Potter movies were beginning to come out; as such, the likenesses of the actors from the films can be found in game – including in some charming little drawn still cutscenes which are used to narrate some portions of the story.

One thing you’ll not find, however, is any music adapted from the films; this score for this game, composed by the extremely talented Jeremy Soule, was entirely created before John Williams’ score for the movies became available and so features entirely original work. Perhaps it was a limitation of playing the Game Boy Advance version but I found the music rather lacking – and believe that this version of the game had perhaps no more than half a dozen tracks to cover the entire playthrough.

Ah, but what exactly will I be doing during this playthrough?, I hear you asking. Sorceror’s Stone, at least on the Game Boy Advance, is a rather simplistic mix of adventure and puzzle game presented in a rather nice looking (for the resolution of the GBA screen) three-quarters top down perspective. You’ll find yourself with eight floors of Hogwarts to explore plus the castle grounds as you’re lead through the story of the first book/movie (though, being licensed from the movie, it follows the plot beats of the movie closer than the book). You progress through story sections, using your slowly expanding selection of spells to solve puzzles – which, while not super complicated, do end up requiring a little thought as the game goes on.

If I can cut back to sound here – every time you swap spells, the first time you cast a spell you get a nice little digitized voice clip of the sound-alike voice actor saying the name of the spell and, as small and simple a thing as it is, I think it was one of my favourite details of the game. I can’t exactly explain what about it it is but early 2000s handheld voice acting, even in small doses, is something I find usually adds a nice little touch to the game. Perhaps it’s because storage limitations meant they couldn’t overdo it and so had to be strategic in their use? I’m sure I’ll run across more examples of it in the future and ramble about it then too.

All right, cut back over, back to the gameplay! Once learned, spells are selected by rotating them them using the R Button (as far as I could tell, you could only scroll through them in one direction, something I found frustrating after I was flying past Wingardium Leviosa for the fifth time…) and then cast by a simple press of the B button. It’s a simple system but necessary for the amount of switching and casting you’ll be doing during play (and you’ll get the most mileage out of the very first spell you learn, the Knockback Jinx Flipendo).

Learning the spells are one of the deviations from the standard adventure-puzzler; during a class where you learn a new spell, you’ll enter a small memorization mini-game where the professor will show you a series of moves and you’re required to repeat them back using the D-Pad. After you complete the initial combination, you’ll be given a slightly more difficult combination to attempt – and then once more after the first bonus combination. Each of these bonuses you complete will earn you some points for Gryffindor. Go you!

There’s one other detour from the adventure-puzzler gameplay – and for it, you’ll likely need to make your own detour into the game’s pause menu to be able to do anything at all. Unless you’re a fan of tank controls, you’ll need to pop into the “Flying Controls” submenu and swap the control scheme to Advanced.

Because yes – your detour from the standard gameplay is flying around on your broom playing Quidditch! Well, three out of the five times are playing Quidditch but the mechanics are identical every time you use the broom – hold A to speed up and chase an object around, trying not to get hit. Frankly, this was the most boring part of the game to me as I found the patterns on Quidditch, combined with slightly unresponsive turning, to make every one of these sections incredibly frustrating.

Remember when I said flying was the one other detour?

Ok, I sort of lied. The game has these stealth sections where you’re sneaking around the school at night – getting caught by any teachers or prefects will lose you house points depending on how far from your dorm you’re caught (and thus how close to your final goal you are, usually). Shame on you, breaking rules like that!

Except for needing to not getting caught (which will throw you back to the start of the current floor), these sections play almost entirely identical to regular gameplay except with a darkened screen and a circle of light around you (and even that goes away once you learn to be able to cast Lumos). I’ve never been a huge fan of stealth segments – so I’m not hugely impressed by their inclusion here (though it was inevitable; the early ’00s had an obsession with forced stealth segments) but they’re mostly bearable as there’s not a huge impact on gameplay. That said, there’s a few places where I noticed the detection radius was a bit janky and more than once I was caught when there were no other characters on the screen at all. Good thing emulators let me abuse save states when I’m playing through like this.

Which leads me to one last gameplay point – the fail states. Losing all your stamina will reset you to your last save point. This is somewhat expected behaviour for me as it’s pretty common, especially in games of the era. The other fail state that will come up (likely a lot due to how touchy controls can be at times) is when you fall into a pit of some kind. Outside of one particular segment of the game, falling into a pit will reset the area you’re in entirely – it will be as if you’re entering it for the very first time, replaying dialogue, forcing you to redo puzzles and recollect any items in the area. Given that there are a number of segments with moving platforms that sometimes send you plummeting to your doom, despite appearing to be next to each other on the screen at the time, this will likely happen to you. A lot.

So – with all that in mind – is it worth replaying this game or even, as in my case, playing it through it for the very first time?

Here’s the thing – these games were put out on multiple consoles (heck, there’s even a version of Sorceror’s Stone for Game Boy Color which, from my understanding, is a full blown RPG). Most of the other versions of this title are much more action-adventure than this version is. While the games aren’t identical across systems, I would be more apt to recommend playing one of the game’s console big brothers, even having not played them yet (though, like with my look at Baldur’s Gate: Dark Alliance, I do have plans to at least look at the Playstation 2 version of the game) unless you’re looking specifically to burn through some handheld games.

So yeah – my final conclusion on if you should play it is avoid it unless you’re really interested in playing this particular adventure-puzzle version of the story. While the game isn’t absolutely terrible, it’s also not very good – it’s mediocre and if you’re not into the sort of platforming and puzzling a game like this provides you’re likely for a very poor time.

And now, to finish up, let me leave you with some more of those charming little cutscene stills from the game’s ending!